Advocate Aurora Marks the Start of an Expansion Project, 1 of 5 New Clinics 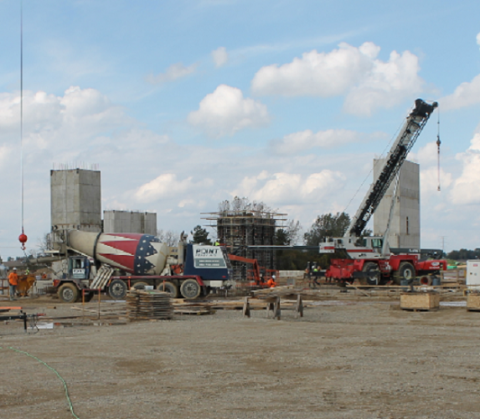 Five new health clinics are either under construction or on the drawing boards in eastern Kenosha and Racine counties.

Lisa Just is a regional president for Advocate Aurora Health. Just presided over a ground breaking ceremony Tuesday in Pleasant Prairie for a new pair of Advocate Aurora medical buildings that are going up in the northwest quadrant of I-94 and Highway 50.

Questioned about the need for all of those new clinics, Just said: "We did a very careful analysis of what would be needed for health care to meet the growing demands of this area. And we're very conscious of not wanting to increase health care costs as a result of that. So as we determined that while in-patient services are decreasing, (new) out-patient services, because of the aging population and now because of the population increase of this corridor, will be needed."

Some services will be moved from Advocate-Aurora's hospital on Highway 50 in Kenosha to the new buildings in Pleasant Prairie, freeing up space at the existing location for new services, she said.

In addition to the five clinics spread out between Advocate Aurora, Froedtert South and Ascension, Foxconn itself has talked about the possibility of including medical services for its employees within its Mt. Pleasant compound.

Advocate Aurora is already a Foxconn partner on another level. It’s one of four companies, including Foxconn, that are kicking in $25 million apiece to create a new venture capital fund in southeast Wisconsin.