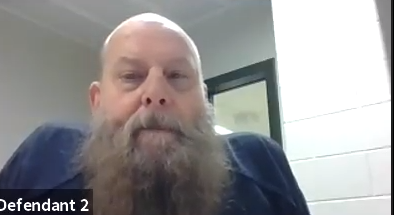 (WGTD)---A 63-year-old Kenosha man appeared in court Wednesday as the result of a road rage incident Monday night that ended with a shot being fired near a popular restaurant. Part of the episode was caught on cell phone video.

Michael Lorberter was charged with five counts, including endangering safety and criminal damage to property. Lorberter was also hit with counts stemming from a July 8th weapons call outside of a Kenosha tavern which apparently wasn't initially charged out.

According to the criminal complaint stemming from the Monday incident, a driver said a man later identified as Lorberter cut him off off on 7th Ave. near the Pennoyer Park Band Shell. Lorberter allegedly got out and used his cane to break a side mirror on the victim's car and smash his back window. Lorberter drove off, but then allegedly picked a fight with another driver who'd had been waiting to turn onto 7th from Kennedy Drive. Lorberter allegedly pointed a gun at that driver, who then pulled around Lorberter's van in an attempt to flee. Lorberter followed for a short distance, then rammed the man's car on Sheridan near the La Fogata Mexican Restaurant and Grill. The video shows Lorberter getting out, yelling and firing a handgun at the second driver, who had already driven a distance from the scene before stopping and calling police.

Lorberter was later tracked down to his home. After a standoff, Lorberter surrendered.

In a statement to police, Lorberter said the first vehicle had been tailgating him.

The July 8th complaint involves a disturbance at Union Park Tavern where Lorberter, who'd been drinking, allegedly pulled a gun on a patron.

No one was injured in any of the incidents.

Lorberter, who's on disability, qualified for representation from the public defender's office.