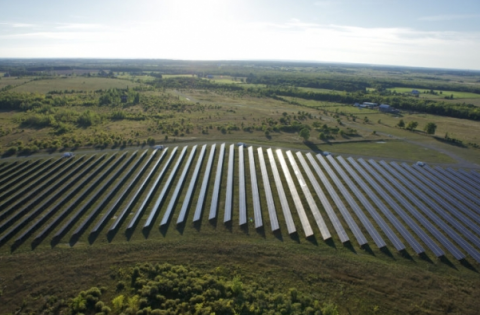 (WGTD)---The chair of the Town of Paris says he’s confident that the town and a solar energy company will work out an agreement that’ll pave the way for the development of a solar farm.

John Holloway says the final details of an agreement with Invenergy are being worked out in advance of a series of public hearings that’ll be held on Wednesday. Those hearings will be conducted by the State Public Service Commission which has the ultimate say-so in the matter.

Local officials have been concerned about potential drainage problems. Holloway says he’s confident that the company will respond to problems when they arise. "It'll be in their best interests to not have flooding take place on either the adjacent lands or the lands that they have leased," he said.

The company has already researched potential problem areas, and has plans to replace some drain tiles before construction begins.

The Paris solar farm will be a bit smaller than an Invenergy facility that has already been approved for Iowa County in southwest Wisconsin.
-0-