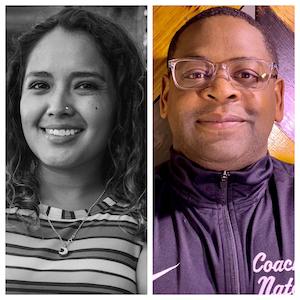 (WGTD)---The Racine School Board voted 6-1 Monday night to fill a board vacancy with a single mother who's Hispanic.

At age 27, Dulce Cervantes-Contreras will become one of the more younger board members to have served. The Carthage grad is a a first-year Spanish teacher at Lincoln Middle School in Kenosha.

She'll be representing a heavily-Hispanic district which was last represented by Mike Frontier. He resigned before his current term expired.

Cervantes-Contreras beat out Nathan Thompkins for the position. The 45-year-old Thompkins was recently convicted of shoplifting. During the candidate interview process last week, Thompkins urged the board to look beyond the incident and focus instead on his history with non-profits and youth sports.

No discussion preceded Monday's board vote which was by paper ballot. The board member who cast the lone vote for Thompkins was not publicly identified.

Cervantes-Contreras will be sworn in next Monday, along with two candidates who won their seats in the recent election.