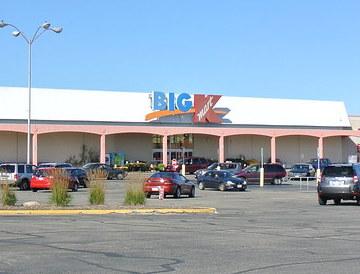 (WGTD) --- Kenosha's Kmart is closing, the last of a string of department stores that lined much of 52nd St., a main thoroughfare that connects the interstate to the downtown area and the lakefront.

The official announcement came Friday from the company that owns Sears and Kmart.

The Kenosha store is one of 96 Kmarts and Sears stores whose newly-announced closures are pending. The number represents more than one-third of the remaining Sears and Kmart stores.

Hundreds have closed in recent years as the brands struggled to adapt to changing consumer habits and the rise and subsequent domination of online shopping platforms like Amazon.

Kenosha's Development Coordinator Brian Wilke said the city is disappointed by the news, and that the 52nd St. strip that was once home to Shopko, Walmart, Montgomery Wards and Community Discount may soon be the subject of a redevelopment study.

Former Kenosha County Board Supervisor Mark Modory said staff at the Kenosha store was informed Tuesday of the impending store closure after a conference call with corporate and district management. Modory worked at Kmart for 31 years. His wife is still employed at the Kenosha location as an assistant manager.

Modory believes the strip mall where the Kenosha store is located is owned outright by Kmart, something that may have acted to prolong its life. A dollar store is the only business that remains.

The neighborhood received a boost earlier this year when UHaul took over the long-vacant Walmart. It's in the process of converting the space to storage units and will also rent vehicles and sell merchandise from the site.

The Kmart brand was famous for its "blue light specials," pop-up sales that were marked by flashing blue lights and announcements made over the store's public address systems. In its heyday, the Kenosha location had 165 employees, including full time managers for each department.

Liquidation sales at the Kenosha store and others on Friday's list are scheduled to begin next month, with the final closing date for Kenosha set for some time in February.

The Kmart in Racine formerly located at 2211 S. Green Bay Road closed in 2017. The Caledonia Kmart is currently in liquidation and is scheduled to close December 2nd.

The Kenosha store was the last remaining Kmart in Wisconsin. It opened in 1973.