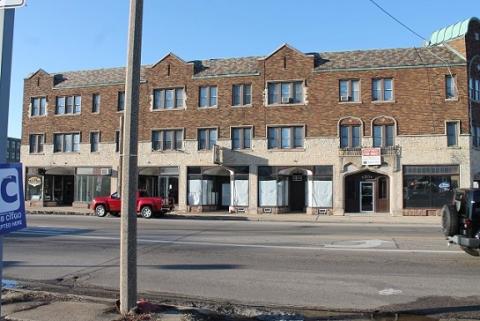 Updated 8p to reflect the nature of the citations.

Kenosha---Shots were fired, officers were threatened, panic broke out and a 17 year-old was trampled during a party in a bar that's apparently still under renovation.

Although the former Finney's Sports Bar at 2208 60th St. has yet to open as the White Horse Saloon, per a license granted by the city in January, the place was bustling early Saturday morning.

Police--summoned on a complaint of loud music--discovered that a $20 cover was being charged for a deejay who was performing in the bar's basement.

Organizers--who lacked a proper permit--said they were admitting people as young 18. While police found no evidence that alcohol was being served, there were signs that booze was being smuggled in.

The first arriving officers were told of a fight in the dimly-lit basement. The officers, descending the stairs with flashlights in hand, were met by a panicked crowd that was attempting to flee the other direction. Once in the basement, officers started breaking up fights, but were overcome by pepper spray that someone had fired. One officer started throwing up; Two others sought refuge for a short time in a bathroom.

Back upstairs, patrons were reportedly reluctant to exit as ordered because there'd been reports of shots fired outside. By that time, other officers had arrived to help break up fights that spread into the neighborhood. Police said those that were left were reluctant to leave.

A 20-year-old man was arrested on charges of disorderly conduct, resisting and obstructing. Police said they would've hauled in others, had it not been for the hostile atmosphere and large crowd size, estimated to be as high as 300.

A 17-year-old Indian Trail student who had collapsed in the basement after trying to break up a fight involving her brother was taken to the hospital for treatment of cuts and bruises.

Three people received tickets for failing to have a public entertainment license: 21 year-old Haley Ann Meeker, 19 year-old D'Avian Cole and 38 year-old Cortney Marshall. Marshall's name is one of two that's listed on the paperwork for the White Horse liquor license.

Extra officers from Racine, Pleasant Prairie and the State Patrol were called in to help out.

Three bullet casings were found in the street about a block away.