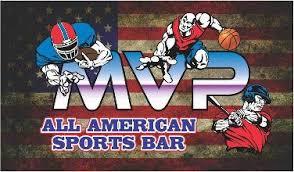 (WGTD)---The Kenosha City Council’s License and Permits Committee voted in favor of revoking the cabaret license of the MVP Sports Bar for 12 months following a shooting at the bar last month. An emergency session was held Tuesday afternoon following up on a complaint by Kenosha Police Chief Daniel Miskinis. The license is required for the bar to host musicians and DJs. The full City Council will vote on the revocation next week.

The bar hosted an all ages hip-hop party on June 30th---and---it got out of control and developed into what both police and bar management described as overwhelming. All on-duty Kenosha Police officers were called to the scene---with additional officers coming in from five other departments. As police tried to control the ensuing stampede by bar patrons out of the bar---and—fights in the parking lot---including a shooting---between five and 10 other police calls went unanswered. Police Chief Miskinis said the police have been called to the MVP on multiple occasions since its opening in August 2018. The bar has also received citations in the past---including one in April for NOT having a licensed bartender on site.