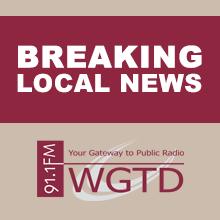 (WGTD)---With new cases of coronavirus on the rise locally and statewide, the Kenosha School Board voted 5-2 Tuesday night to begin the new school year in a virtual format.

In doing so, the board rejected a plan from administration to offer parents a choice of either virtual or in-person instruction.

School Board President Tom Duncan, a hospital administrator, said the Kenosha County Division of Health had recommended against in-person teaching. "We're spiking," Duncan said of the recent number of new cases. "We're not decreasing. And quite frankly we're on that bubble of going back to 'Safer at Home'," he said, referring to Gov. Evers' initial order that was invalidated by the state supreme court.

Board member Rebecca Stevens voted with the majority. She acknowledged the difficulty that some parents of younger children will have in covering childcare. "I understand the pressure---we all have to go to work," Stevens said. "But there's nothing more precious than what we're doing with our children and supporting the staff that could become very ill," she said.

The Kenosha Education Association recommended against reopening schools. Many staff members are at high-risk for catching the disease.

Board member Dan Wade made the motion to offer both in-person and virtual instruction, saying he believed that parents should be given a choice. "That's a decision the parents--the family unit--should be making for their family," he said.

Although he seconded the motion, board member Todd Battle, President of the Kenosha Area Business Alliance, was the only board member who didn't speak during the debate. At an earlier meeting, however, Battle had expressed reservations over reopening buildings, but still voted Tuesday to start the school year with the in-person option.

On the recommendation of administration, board members did not set a return date for in-person instruction, indicating that it all depends on the numbers.

Administration indicated that the plan has teachers teaching online from their empty classrooms.

Personal interaction with some special education students will continue.

The district has enough devices and "hot spots" to ensure that the technical needs of all students will be met.

Some staff members will be "re-purposed" to monitor online attendance and work with families.

A survey completed just a few days ago found a growing number of parents in favor of remote learning for their children, according to the district.

The board did not discuss fall athletics Tuesday night--district spokesperson Tanya Ruder said Wednesday that topic will be taken up at a board meeting next month.

Racine Unified announced last week that it would begin the new school year online as well.

(WGTD)---Residents of a Kenosha... Read More