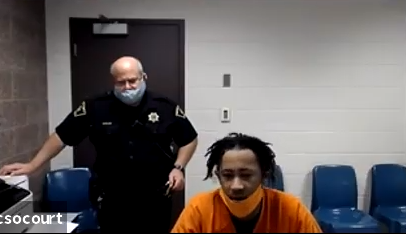 (WGTD)---Whether he was blowing off steam or not, a 26-year-old Racine man has been accused of threatening to hurt police officers--in a video he shot in his car parked near the Racine police department while holding a gun.

Dajuan Jones admits he'd been drinking and was upset about recent events around the country when he made the video last Sunday.

According to the criminal complaint, Jones said on the Facebook live video that he has an AK-47 in his trunk and that when he's done a couple of cops--quote--"are going to be hurting." Jones displayed a black handgun.

Police eventually caught up with him. They found him in a house sleeping. A crack pipe was recovered. The only firearm officers found in a search of Jones' car was a pellet gun.