Metra Won't be Part of Saturday's KSO Concert. Or Will it Be? 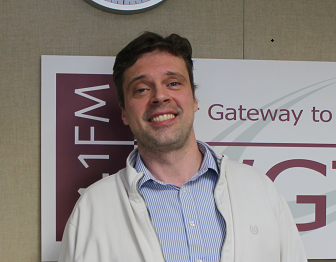 (WGTD)---While it doesn’t match up to the time that he incorporated the sounds of a live, Long Island Railroad locomotive into a performance, veteran Carthage College composer Mark Petering will use some extraordinary effects in a composition that’ll premier Saturday night at the Kenosha Symphony.

Commissioned by the Symphony, “Cityscape” is about Kenosha, and draws inspiration from Lake Michigan, Kenosha Harbor Market and the streetcar line, among other features of living in the city.

The piece uses recorded spoken voice and other audio elements to round out the musical picture.

Petering has taught music theory and composition at Carthage for the past 14 years.

His piece that incorporated the use of a live train engine passing by on cue was performed at the Music Festival of the Hamptons in 2008, and drew national media attention.

Samples of Petering’s work were incorporated into a Morning Show interview that aired this week.

Arrest Made in Kenosha Cop Shooting; Suspect Had Been Shot as Well