Michael Bell Takes His Fight to the Kenosha City Council 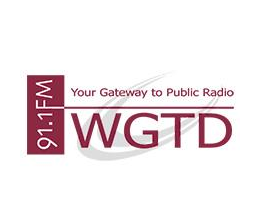 After buying billboard space and newspaper ads inferring that Antaramian was somehow involved in hiding facts about the police involved shooting death of his son more than 13 years ago, Michael Bell confronted the mayor. "Sir, I must ask you," Bell said during the citizen comments portion of the meeting, "were you or were you not involved in a coverup of my son's death?"

Later in the meeting, when it was his turn to speak on topics of his choosing, Antaramian said his administration has been as transparent as possible, adding that he plans to assemble and send to the council the results of various investigations that have been conducted over the years showing that the shooting was justified.

Antaramian demanded that Bell stop engaging in what he called "character assassination" in attempts to get his point across. "If he truly believes that I have done something--which I have not--then he should actually make those statements public and file a charge, at which (time) I would have a legal right to go back against Mr, Bell for basically lying," he said. "I make this statement tonight because there is a point in time where some things just have to end," he said.

Bell has also requested that his alderman, G. John Ruffolo, introduce a resolution calling on the Medical Examiner to convene an inquest into his son's death.  Ruffolo said he will need more information before deciding whether to honor that request.

According to state law, medical examiners and coroners have the power, under certain circumstances, to petition a judge to schedule an inquest.

From our news partners at WRJN.