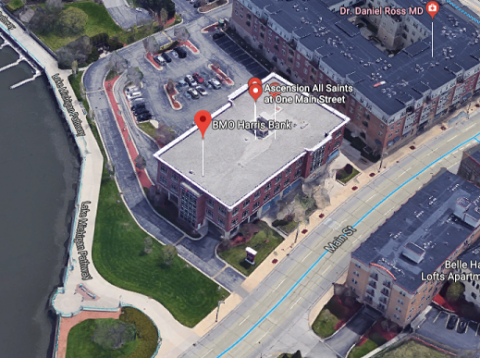 Racine---Foxconn apparently plans to use for its own purposes fewer than half of the square footage of the building it's buying in downtown Racine.

In a bulletin issued primarily for the benefit of architectural firms, Foxconn says it’s looking for proposals on how to re-do a little over 20,000 square feet of space in the three-story office building near the Root River that currently is home to a BMO-Harris branch and other tenants. The building’s entire square footage is 46,000 square feet.

In its request for proposals, Foxconn makes clear that the work on the space that it’s designated for itself needs to be done in a manner so as not to disrupt the work of tenants.

Foxconn wants to use its presence in downtown Racine as a hub for the development of smart city technologies. In announcing the purchase last week, Foxconn said it expects to house as many as 125 workers in its Racine location.