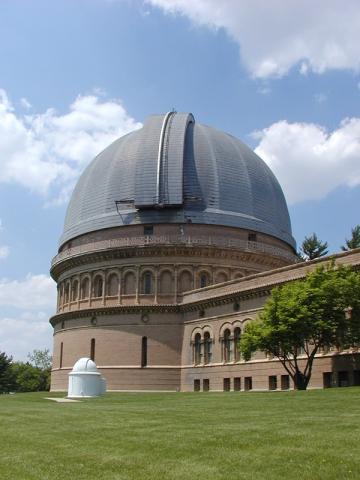 A small cloud may have drifted over the future of the historic Yerkes Observatory in Williams Bay. The University of Chicago announced in March that it would close the observatory to the public---but---maintain a minimal operation for educational and research programs. Recently---some descendants of Charles Yerkes---the philanthropist whose gift established the observatory in 1895---expressed some potential interest in the property. The University has met and spoken with Yerkes’ heirs and provided them with the original gifting document.  The main observatory building---and---the giant refracting telescope are the only assets gifted to the University. All the land and the other structures on the Yerkes grounds are the property of the University by virtue of other gifts and/or direct investments of University resources.

This development puts the work of the Yerkes Future Foundation---the group formed by community leaders---in and around Williams Bay---to become the new steward of the historic observatory in order to reopen it to the public on hold. A spokesperson for that group---Dianna Coleman---told WGTD that their fundraising efforts are on hold---but---they are actively and cordially working with the University of Chicago in partnering to re-establish the observatory as a public entity open for tours, star and planet viewings and other types of special programs. The group recently sent out a one question e-mail questionnaire to garner input from all interested parties about the future of the observatory.

In a recent press release---the University explained that it will continue ongoing talks about the observatory’s future with any and all interested parties Coleman added that her group is continuing its due diligence so they are ready to go if/when the opportunity comes. There is no timeframe for any future discussions.