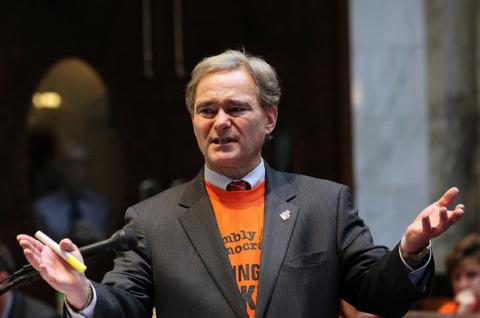 At least two names have surfaced as possible candidates for Peter Barca’s 64th District Assembly seat. Carl Bryan---who served two terms on the Kenosha Unified School Board between 2009 and 2015---announced on his Facebook page that he was planning to move back to Kenosha to run for the seat. He is currently employed by the Department of Public Instruction in Madison. Also---Thaddeus “Tip” McGuire---a former special prosecutor in the Kenosha District Attorney’s office who now serves as an Assistant DA for the State of Wisconsin---reportedly announced the probability of his candidacy at the Kenosha Labor Breakfast on Sunday morning. He was also a Legislative Aide to Barca from 2009 to 2014. Barca was nominated to be Secretary of the Department of Revenue by Governor-elect Tony Evers last week.

His seat will be filled by a special election---likely in April.