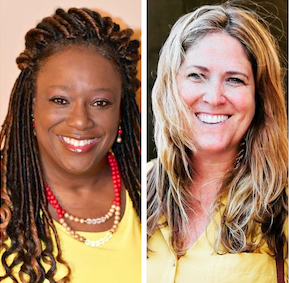 (WGTD)---A Facebook page that began as a forum for women to discuss racial justice issues is working to gain non-profit status and move into an action phase.

"Racine Women for Racial Justice" grew out of the police shooting death last fall of 18-year-old Tyrese West. Mary Pucci was so moved by the incident that she launched the site, with help from Racine minister Kelly Scroggins-Powell.

Propelled further by the in-police-custody death of George Floyd, the private site now has 850 members, with more names in a waiting room.

Speaking on Saturday’s Community Matters program, Pucci, who is white, said for her the conversations have been eye-opening.

Scroggins-Powell, who is black, notes that other groups in the Racine area have been working for years on social justice issues. But that for whatever reason, they just haven’t sparked the kind of interest that Racine Women for Racial Justice has.

Racine Women for Racial Justice is in the process of becoming a non-profit so it can accept donations. The group is also coming up with a strategic plan that will include measureable goals.

For the full program from last Saturday, click here.