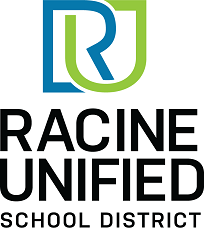 (WGTD)---The Racine School Board voted narrowly Monday night to end discussions with the backers of a proposed charter school that offered a curriculum that was designed to close the achievement gap.

The five to four vote was a bitter end for supporters of the Racine Scholars Academy. They'd been working with the district for several years, and had secured an $800,000 planning grant from the state, thanks to one-time broad support from the school board.  "Since you allowed us to pursue a grant, we unfortunately had the hope, that given permission to pursue, it was more than tacit approval not only to get money but implement a program that could help the district," said Milton Thompson, an educator with a long resume of administrative and teaching experience.

Over time, the district's priorities changed. A referendum to downsize while simultaneously modernizing district facilities narrowly passed. Racine Scholars suddenly found themselves without a building to call home.

At Monday's meeting, district administration doubled-down on arguments over why Racine Scholars was no longer a feasible fit for the district, and most of the reasons had to do with money. Two facilities that Racine Scholars had presented as potential lease options were deemed to be unfeasible. The only other option: Closing a third elementary school next year and turning it over to Racine Scholars. Board members declined.

Beverly Hicks both graduated from and taught in RUSD. Hicks, the president of the charter school's board of directors and a past president of the Racine NAACP, said she's sat through numerous school board-level discussions on the achievement gap. "From the time I taught--in the 70s I began with the school district up to now--it's the same thing when the data is presented. Who's at the bottom of the pile? Black and brown kids," she said. "Nothing has changed."

Board President Brian O'Connell called the situation "heartbreaking" but said he was going to vote 'no' because of the fiscal impact that the charter school would present.

Before the meeting began, the district put out a news release indicating that long-time school board member Mike Frontier, who led the charge in support of Racine Scholars, plans to resign, saying he wanted to "pass the baton to new, younger leadership."

Frontier represents the board's 3rd district, which covers an area on Racine's southeast side.

The board is expected to appoint a replacement. Applications are being accepted.