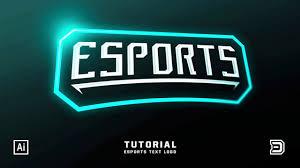 Racine---eSports is coming to Racine Unified next year. eSports encompasses the world of competitive, organized video gaming. Competitors from different leagues or teams face off in the same games that are popular with at-home gamers---including---Fortnight, League of Legends, Counter-Strike, Call of Duty, Overwatch and Madden NFL, to name a few. These gamers are watched and followed by millions of fans worldwide. These fans attend live events or tune in on TV or online. Streaming services like Twitch allow viewers to watch their favorite gamers play in real time, and this is typically where popular gamers attract and build up their numbers of followers .

Kathy Dunkerson---Racine Unified’s Director of Extended Learning---was Dwayne Olsen’s guest on this past Saturday’s "Education Matters" program here on WGTD. She said that the school district is teaming up with a local business to offer eSports at Case---Park---Horlick---and---the Real School. Each team will be supervised by a teacher/mentor who will be called “coach.” CNN recently reported that eSports gaming is a fast-growing international phenomenon with millions of fans and billions of dollars up for grabs.

The full interview is available on our website: www.wgtd.org.

Arrest Made in Kenosha Cop Shooting; Suspect Had Been Shot as Well