Recount Judge to RUSD Referendum Foes: "You've Got Some Problems" 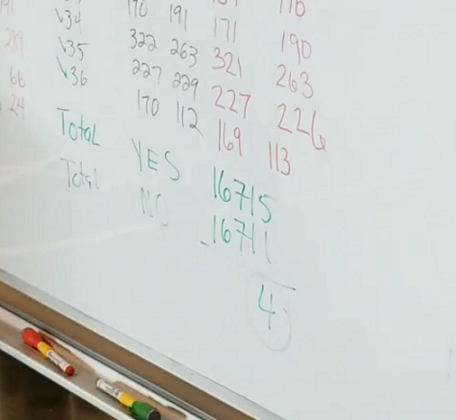 (WGTD)---The judge that's hearing the appeal of the certification of votes in Racine Unified's facilities referendum said Monday that he has some problems with the arguments that have been presented by the attorneys who are representing referendum opponents.

Judge Michael Piontek said he'll issue a formal, written ruling next month. But Piontek complained during a hearing that the attorneys who are trying to get the results of the recount overturned failed to present evidence of specific violations of recount rules. "Again, it's take a ball of mud and throw it against the wall and hope it sticks," Piontek said of the arguments. "The documentation supports the numbers. You can say they don't support the numbers but from what I see they do," he said.

The referendum measure allows the district to collect $1 billion in property taxes above state-imposed revenue limits over the next 30 years in order to fund building construction and a downsizing plan. When all was said and done, the district's Board of Canvassers said the referendum won by five votes.

The tedious recount process of the April results took six days and involved the hand-counting of ballots. Attorneys representing both sides of the issue were present and monitored the process. On at least two occasions, the board sided with referendum opponents in making decisions on process.