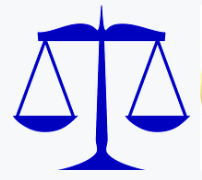 (WGTD)---A former captain in the Twin Lakes Police Department has been given two years’ probation for stealing drugs on behalf of his wife.

In 2019, Dennis Linn was charged with several felonies for swiping pain medications that had been dropped off at the department by citizens who were taking advantage of a drug disposal program.

According to what was said in court Friday, Linn’s wife, who has a history of neck and back problems, was having a hard time dealing with her doctor’s decision to take her off of opioid pain medications.

A Twin Lakes Police Department detective noticed that something was amiss with the drug disposal program’s inventory list. An investigation led to some of the prescription bottles being found in the possession of Linn’s wife.

At issue at Dennis Linn’s sentencing hearing Friday was whether Linn should be placed on probation or simply fined.

In citing the uniqueness of the situation, Judge Gerad Dougvillo sentenced Linn to two years’ probation, saying that anything less would depreciate the seriousness of the offense. Dougvillo said Linn’s actions contributed to an “erosion of public trust” in law enforcement.

At the hearing, Linn tearfully apologized, noting that because of his conviction he’ll never wear a badge again.

Linn's wife faced her own charges in connection with the case and pleaded guilty to several misdemeanors.