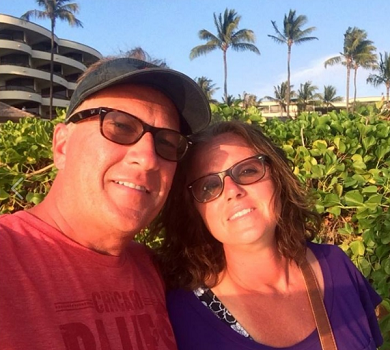 The Kenosha man shot to death allegedly by his ex-girlfriend had been arrested in Hawaii for violating a restraining order.

Matthews had moved to Hawaii late last year. Gayan followed her, and the two reportedly started living together, according to information gleaned from Facebook posts.

Details of the order or the arrest weren't immediately available.

Back in Kenosha, Matthews and one of her brothers, Derrick Matthews, are facing charges of Party to the Crime of 1st Degree Intentional Homicide. Donna Matthews is the one who allegedly snuck into Gayan's home the evening of July 4th and pulled the trigger. Gayan's decomposed body was found a month later.

The restraining order issued in Hawaii came in the wake of one filed in Kenosha a little more than a year ago. At the time, Matthews said she feared for her life. But the order was lifted in November of last year at her request and the two apparently got back together again. The pair had been dating on and off for the past six years.

Donna Matthews remains in Seattle where she was arrested on Monday. Derrick Matthews appeared in court for an initial appearance on Thursday.