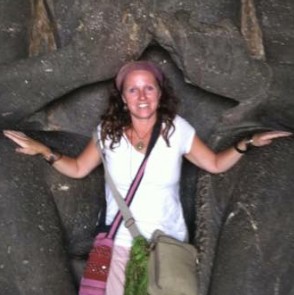 Kenosha---Under the camouflage of blasts from the nearby 4th of July fireworks display and with crowds of onlookers gathered a short distance away, 50 year-old Donna Matthews snuck into her ex-boyfriend's home near Eichelman Park. As he was sitting in a leather chair, Matthews opened fire, sending two shots into his chest and one into his arm. Two other bullets missed their mark. When Michael Gayan responded by saying "something" and making "a noise," Matthews clunked him over the head with the butt of her revolver then fled.

That version of events was provided to investigators by one of Matthews' brothers, Derrick, who admits to being in on the plan but not present for the shooting, according to the criminal complaint that was filed Thursday.

Both siblings have been charged with Party to the Crime of 1st Degree Intentional Homicide.

Derrick Matthews was in court Thursday while his sister awaits extradition in Seattle where she was arrested earlier this week.

According to the complaint, Derrick Matthews knew that his sister had been involved in an abusive relationship with Gayan and knew for weeks that her sister had wanted to kill him, fearing for her life.

The plan was put into motion when Donna Matthews flew in from out of town on the 4th. Derrick Matthews sold his sister his gun and then gave her a ride to Gayan's house. Derrick said he returned after the conclusion of the fireworks display to find Donna 'trembling." After purportedly relaying the story of what happened, Donna walked with Derrick around the lakefront before throwing the empty shell casings from the shooting into the water. Derrick Matthews later gave the gun to his ex-wife, which was eventually recovered by police.

The complaint quotes a neighbor of Derrick Matthews as saying that Matthews told him earlier in the day that he planned to test his gun during that evening's fireworks display because "no one would know the difference."

A restraining order, Facebook posts and statements made Thursday by another Matthews sibling indicate that Donna Matthews had been in a tumultuous relationship with Gayan for years, and had struggled to get away. "Michael was a puppet master and he pulled the strings of my sister," said Damon Matthews following Thursday's court appearance for brother Derrick.

Damon Matthews said Gayan had followed her to New Orleans, Colorado and Hawaii in an attempt to rekindle the romance.

Before securing a restraining order last year, Donna Matthews said in an affidavit that she was afraid of Gayan.

In recent months, Gayan had posted unflattering photos of Donna on his web site. In addition, Gayan made a series of threats, according to Damon Matthews. "He told my sister that if she didn't come back to him he would burn her family members' houses down because he knew where we lived," according to Damon. "He said don't bother going to the police because he has friends on the police,"

Gayan's background remains a mystery. The source of his money that enabled him to travel extensively without working a regular job isn't known.

Gayan's decomposed body was found about a month after he was killed. A construction crew working in the area smelled an odor and called for help.