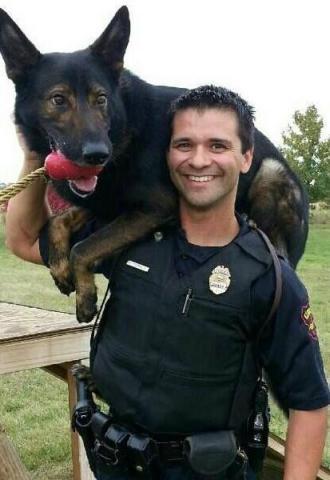 Vindicated Kenosha Police Officer Pablo Torres has been promoted to probationary detective. Back in March, Torres was cleared of any wrongdoing in the shooting death of Aaron Siler by DA Bob Zapf. Officer Torres had been on paid leave for about 14 months before returning to duty on May 20th. The Kenosha News recently reported that Mayor John Antaramian said he supported the promotion.

Alleging wrongful death in the fatal shooting of the 26-year-old Siler---his family is reportedly considering a Federal civil rights lawsuit against the city.

When Torres becomes a probationary detective on July---his police dog, Chico, will retire.