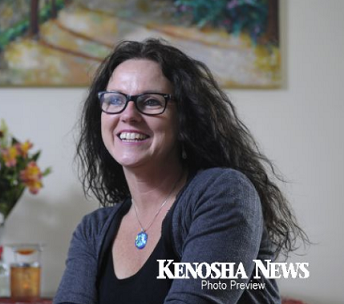 Kenosha---The woman who allegedly killed her abusive ex-boyfriend has qualified for representation from the state's public defender office, even though she has yet to make an initial appearance in court here.

Donna Matthews is enroute from Seattle, where she’d been arrested on a charge of 1st Degree Intentional Homicide in the death of Michael Gayan. His decomposed body was found in his Kenosha home about a month after he’d been repeatedly shot.

Matthews’, brother, Derrick, is facing the same charge because he allegedly supplied the murder weapon.

The sibling's cases were the subject of a brief court hearing Wednesday.

A public defender said Donna Matthews had contacted her office by phone. A determination was apparently made that Matthews' financial status fell within the threshold that allows for representation at state expense.

Also Wednesday, Judge Bruce Schroeder questioned the propriety of a request by her attorney for a new judge, given her absence from the jurisdiction. Such judicial substitution requests are not uncommon.

A status hearing was scheduled for Monday. It’s possible that Donna Matthews herself may be able to be present for the proceeding. A U-S Marshall’s bus that’s said to be transporting Matthews back to Kenosha is expected to arrive in the next several days.