Skip to content Skip to navigation
The WGTD Radio Theater 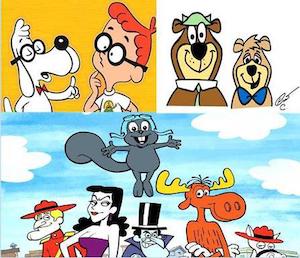 The WGTD Radio Theater begins  its 16h season and show number 125 in this live broadcast (Saturday, February 1, 2020) of this 17-time award winning series, showcasing the 91.1 Players in “Ode to Angela.”  The theme for our 16th season is “Leading Ladies,” and its annual “Cartoon Shows on the Radio” broadcast will feature a look at German Chancellor Angela Merkle, the second longest serving Chancellor in modern Germany, second only to Konrad Adenauer

In this year’s cartoon show, some of the famous cartoon characters include: Rocky and Bullwinkle, along with Boris and Natasha; Mr. Peabody and Sherman;  Dudley Do-Right, Nell Fenwick, Snidely Whiplash, and of course, the Horse; “The Flintstones;” and “Yogi Bear.” and of course Boo-Boo Bear!

Co-producer and writer Dr. Steve Brown, of Salem Lakes says, “As the WGTD Radio Theater begins its 16th year; the theme for this season will be leading ladies. So, that means that all of our radio theater broadcasts this year will feature famous women.  Leading off our new season, our cartoon stars will talk about German Chancellor Angela Merkle.”