The Alford: Parking is a Problem, According to Some Plan Commissioners 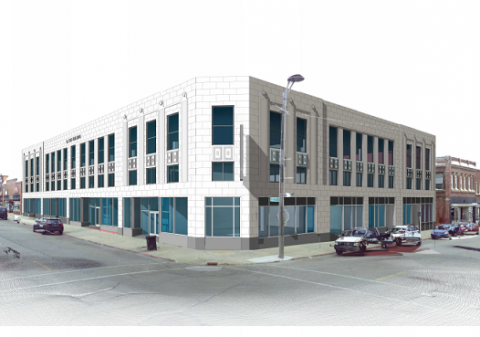 (WGTD)---The problem with downtown Kenosha isn't too few parking spaces--it's too few people, according to a Kenosha developer.

Wallach politely disagreed with some Plan Commission members Thursday night who said he needs more parking for his development. Wallach is proposing to carve out about 40 units in the 1930s-era, three-story building at 7th Ave. and 58th St. But his plans call for only 25 underground parking spaces.

Not a problem, Wallach said. "The people who are going to be occupying this are going to be mostly millennials. Millennials today drive cars the least. They're least likely to own a car," he said.

Creating a more robust downtown involves increasing population density to make the district more attractive to retailers. Wallach implied that easing up on parking requirements in favor of greater population growth would be a sacrifice worth taking.

Wallach was at the Plan Commission to gain informal feedback before finalizing plans for a more detailed review.

Commissioners generally had praise for his plans, with the exception of the parking. "I just foresee that in the future as being a huge problem," said Commissioner Craig Free. "I applaud your effort--I really do--but as of now I can't approve this," he said.

One solution would be to offer fewer units by creating bigger apartments.

Wallach said he felt he had the right balance, but also said he wasn't necessarily against making revisions.

Several rounds of approvals will be needed before the project becomes a reality.