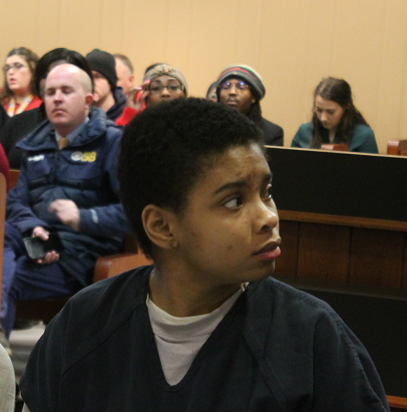 (WGTD)---Both the prosecution and defense in the Chrystul Kizer murder and arson case in Kenosha agree that the man who died, 34-year-old Randall Volar, was guilty of committing sex crimes against children, including Kizer. But the sides differ over the reasons for what happened next.

At a bond reduction hearing Thursday, Kenosha County District Attorney Michael Graveley said Volar apparently paid Kizer, then 17, $2,000 to have no additional contact because he had come under investigation.

In court, Graveley said he’s sure of one thing: Kizer did not kill Volar out of fear for her own safety. Kizer could've been seeking revenge, he said, and may have been looking to maximize her opportunity by stealing Volar's BMW. Hours before Volar was shot and his home set ablaze, Kizer took an Uber ride to Kenosha that was paid for by Volar, despite his purported no contact request.

Graveley, who said he his bothered by the pre-meditated nature of the crime, asked Judge David Wilk to maintain the previously-set $1 million bond.

Defense attorney Larisa Benitez-Morgan urged Wilk to keep in mind a few other facts about the case. "We have reviewed everything off of his (Volar's) computer and quite frankly it's disgusting to see some of the things that this gentleman was doing to girls--children," she said.

Judge Wilk lowered Kizer’s bond to $400,000, not the $100,000 that had been requested by the defense. Still, an organizer of a Kizer support group told reporters afterward that he views the decision as a victory, and that it may be possible for Kizer to post the amount while she awaits trial.

Graveley took the opportunity of the bond hearing to essentially lay out the state's case against Kizer. He spoke for nearly an hour, questioning her credibility and suggesting that she would be a danger to the community if released on bond. Graveley has been under fire in some quarters for proceeding with the case against Kizer.