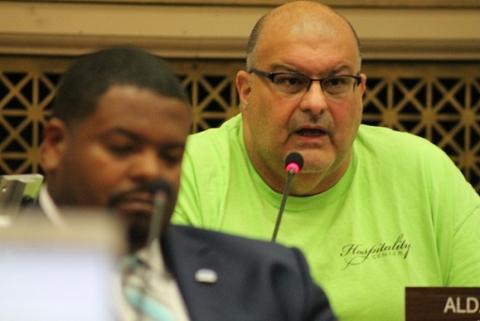 (WGTD)---In a bid to jump start a huge redevelopment project, the Racine City Council voted unanimously Tuesday night  to enhance an incentives package for the developer, Royal Capital of Milwaukee.

The company is planning on buying from the city the vacant ten-acre parcel along the Root River near Lake Michigan that once housed Walker Manufacturing.

Construction of the 247-unit housing project with various amenities was to have begun last spring, but some uncertainty crept into the deal, such as a softening economy, higher construction costs, Foxconn questions and higher cost estimates in cleaning up soil contaminants.

At the meeting, City Administrator Jim Palenick said the extra costs to the city are well worth it. "it's the first really large-scale development that the city has seen in decades,"he said. "It (the new incentives package) shows other developers--and they're watching--that the city can work on a very complex matter and find ways to move forward that works for both developer and city."

The amendments to the original deal that were approved include trimming the purchase price for the land by dropping a $1 million balloon payment, leaving in place annual, nearly $161,000 payments over a 14-year period. Also, the city offered a more lucrative property tax break over the life of the tax incremental financing district and a pledge from the city to finance construction of a sewer extension.

The deal is expected to be finalized by the end of next month.

Also Tuesday, the council voted to approve an increase in operating hours for a day shelter that's run out of a downtown church.

The Hospitality Center at St. Luke’s Episcopal will now be open on Wednesdays in addition to the other weekdays, and the daily closing time will be extended 90 minutes from 1 to 2:30.

Despite the lopsided 13 to 1 vote in favor of the request, the debate that preceded it was passionate at times.

Ald. Jason Meekma responded to a suggestion made at last week’s Plan Commission meeting by a neighboring business owner that the center move out of the downtown area to improve the business climate. Meekma called the suggestion ludicrous, saying the reason the Center is successful in reaching people in need is that it's located in close proximity to where they live. "This isn't a pied piper-type situation," he said.

None of the property owners who reportedly have problems with the Center’s operation showed up for the meeting. Ald. Sandy Weidner said that was because they feared a backlash for speaking out.

Weidner said during the debate that she planned to vote against the expansion request. But in the end, the only 'no' vote was cast by Jeff Coe, who cited support for the business owners.

Center advocates said earlier in the evening that the place has made tremendous progress in addressing loitering complaints and other problems.

Ald. Henry Perez, a former director of the Center, said downtown business owners who attribute loitering to the Center's presence don't realize that the problem would be worse without it.