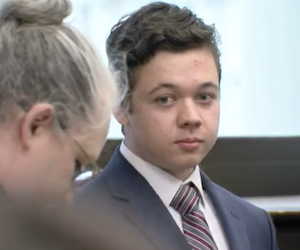 (WGTD)---Use of force expert Dr. John R. Black testified Tuesday that Kyle Rittenhouse was in “reactionary” mode during the August 25th, 2020 shootings that killed two people and injured a third. It was the first glimpse of Rittenhouse’s defense plan. The testimony was part of a Daubert hearing which allows the judge to determine if the expert witnesses provided by the defense and prosecution are credible enough to be heard at trial in front of a jury.

The State initially asked that no expert witnesses be allowed to testify in the upcoming trial. Judge Bruce Schroeder “opened the door” for both sides to call experts.

Black spoke for over an hour via Zoom. Black stated that video evidence, though powerful, does not show Rittenhouse’s “point of view” and that he may have reacted to “stimulus” by “assailants” who approached him. Black also noted that attempts to kick Rittenhouse could have caused Rittenhouse to suffer a severe injury and/or death.

The defense attempted to remove a charge that Rittenhouse illegally possessed a firearm. That motion was denied.

The Daubert hearing will continue on October 25th at 2:15pm with the State’s use of force expert testifying. The judge will then decide if the experts can be heard by a jury.