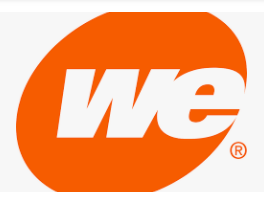 The last failure--occurring Monday afternoon--affected about 2,500 homes and businesses in the Whitecaps neighborhood and the strip of businesses that line Highway 50 west of 94th Ave.

A We Energies spokesperson told WGTD late Monday afternoon that it appeared a tree branch coming in contact with a power line was the likely cause of the outage that lasted for over an hour.

The same cause was listed for at least one other outage that occurred about a week earlier. In all, four power failures have affected largely the same area over a ten-day period.

We Energies sent automated phone messages on Tuesday to customers in the area. The message acknowledged their frustration, and said that they should expect to see crews roaming the area in search of problems soon.

The alder of the area, Dave Bogdala, said in a Facebook post Tuesday that the company blamed the recent outages on a feeder line issue combined with tree damage caused by recent windy weather.

Bogdala was joined in a call to We Energies by Mayor Antaramian. "The Mayor reiterated our position that these constant outages can not be tolerated," Bogdala said in his post.

Bogdala and others in the area at least initially suspected that Highway 50 road reconstruction was the primary culprit.

Bogdala said State Representative Tip McGuire--who represents the area--got in touch with the state Transportation Secretary to inform him directly of the power problems.

"It is extremely frustrating that this is happening," Bogdala said in an email to WGTD Monday night. "People are working from home, kids are virtual and the traffic backups are horrendous. There needs to be a long-term fix as this can't keep happening all summer," he said.