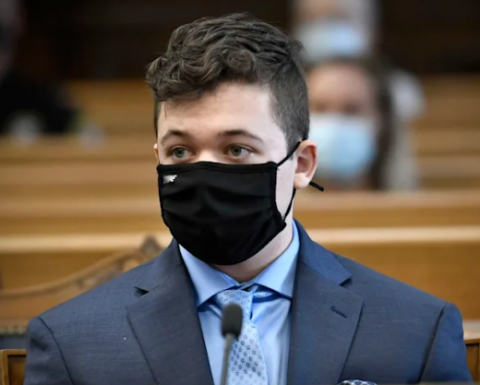 (WGTD)---The Kenosha judge in the Kyle Rittenhouse case signaled at a motions hearing Friday that he plans to take a narrow view of admissible testimony and evidence in the upcoming trial.

Schroeder either ruled against several motions from Prosecutor Thomas Binger or indicated that he would be inclined to disallow some of the evidence that Binger had sought to include in the trial.

One tidbit of possibly previously unreported information---an FBI fixed-wing aircraft was flying over the area taking infrared images the night Rittenhouse shot and killed two demonstrators and wounded a third. The images are expected to help the prosecution in that they purportedly show Rittenhouse pursuing one of the decedents--Joseph Rosenbaum--before Rosenbaum starts chasing Rittenhouse, who was armed. Rittenhouse is claiming self-defense.

Prosecution motions that Schroeder took a dim of included an attempt to tie Rittenhouse to the Proud Boys, a white supremacist group. Rittenhouse was seen on video several months after the shootings socializing with some purported Proud Boys members at an area tavern. According to Binger, Rittenhouse also met with the national leader of the Proud Boys during a trip to Florida.

Binger said he wanted to include the link as a way of demonstrating Rittenhouse's state of mind and intent. But Schroeder said he was inclined to disallow the evidence and testimony unless Binger was somehow able to show a direct Proud Boy influence in the shootings.

Schroeder also said he would disallow references to a time when Rittenhouse threw a punch in an argument between his sister and another girl. Binger said it demonstrated a pattern of Rittenhouse inserting himself in a situation in which he didn't belong.

Schroeder also said he had problems with a video of Rittenhouse saying he wanted to shoot men he believed were shoplifting at a CVS drug store, saying the incident was not similar to the Aug. 25th shootings.

Accepting all of the prosecutor's arguments would undoubtedly lead to verdict reversals, should Rittenhouse be found guilty on some or all of the charges, Schroeder indicated earlier in the proceeding.

The trial is still on for November.