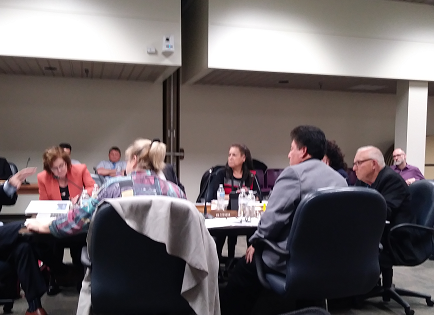 (WGTD)---A draft policy on transgender student rights in Kenosha Unified should largely remain as is, according to a consensus developed by school board members Wednesday night.

The Madison school district allows teachers to cede to a student’s unilateral request. But now they’re getting sued by some parents who are represented by a conservative law firm.

At Wednesday night’s meeting, Sue Valeri, Kenosha Unified’s School Leadership Chief, said going behind the backs of parents is wrong. “Our principals, counselors and teachers are more than willing to work with kids who identify as something other than their biological gender,” Valeri said. “But to keep it from their parents…we’re setting our teachers up for failure,” she said.

Brian Juchems, the co-director of an advocacy group for members of the L-G-B-T-Q community, told the board that refusing to accept a student’s name change request could have a harmful effect.

For one thing, a student could be subjected to ridicule if a teacher in class refers to a student by a name other than by what he or she is used to being called.

And consulting with a transgender student’s parents without consent could lead to a bad reaction, he said.

Juchems called the Madison policy a ‘best practices’ approach that’s also largely in place in Milwaukee Public Schools. The President of the Kenosha Education Association also spoke in support of the policy.

Juchems said it’s possible that the district could be sued from the other direction if it adopts the more conservative approach.

A transgender policy proposal had been on track for approval in Kenosha Unified late last year, but then one board member, Tom Duncan, had second thoughts. The matter was brought back for more discussion.

Several board members said they’d be open to further revisions to the policy at a later date if conditions warrant.