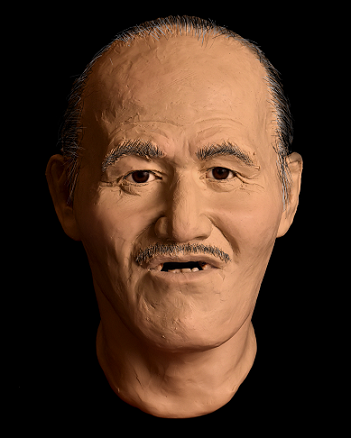 (WGTD)---Some new leads have surfaced in the 25-year-long effort to identify a body found along railroad tracks just north of the state line in Pleasant Prairie.

The results of another round of D-N-A testing has revealed that the man may be descended from a small Indian tribe in South Carolina. Kenosha County Medical Examiner Patrice Hall has already contacted the coroner in the county in which the Catawba Indian Nation is located in an effort to spread the word about Kenosha’s John Doe.

A photographer found the badly-decomposed body while walking along tracks near the state line and Highway ‘H’ in 1993.

An analysis of the man’s skull in 2015 by the University of North Texas Center for Human Identification concluded that the man was between 40 and 60 years old and was likely Asian or Asian-derived, such as Amerindian or Hispanic. They also determined that the man’s four, missing upper-front teeth had been gone for some time.

A year later, the Michigan State Police Biometrics and Identification Division performed a facial reconstruction, the results of which were released to the public.

More recently, according to a news release, Hall sought out the services of the DNA Doe Project, an all-volunteer agency that specializes in genetic genealogy.

They’re the ones that linked the man to the Indian tribe, and possibly people of Hispanic descent, some of whom had ancestors from Sonora, Mexico, a small town not far from the U.S. border.

Hall says the investigation will continue with the help of the new leads.