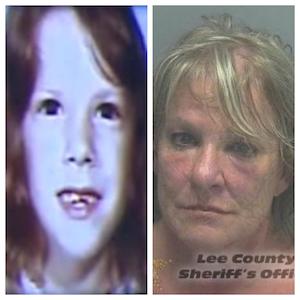 (WGTD)---The defendant in the recently-solved case of a formerly unidentified woman whose brutalized body was found in a Racine County cornfield 20 years ago apparently didn’t keep quiet about the killing.

According to a criminal complaint, a citizen recently came forward with information about how a Florida resident was talking to people about killing a woman when she lived in Illinois.

At a press briefing Friday morning, Racine County Sheriff Christopher Schmaling identified the victim as 18-year-old Peggy Lynn Johnson. Several years before her death, Johnson had been taken in by a registered nurse she’d met at a medical clinic in McHenry, Illinois.

Johnson, whose mother had died, was cognitively impaired and needed a place to stay. Family members said the deal was that Johnson could stay as long as she would serve as a nanny and clean house.

The La Roche home, however, was anything but a safe shelter.

Piecing the story together from the defendant’s relatives and an autopsy report, authorities learned that Johnson, according to Schmaling, was the victim of “long-term and horrific” abuse at the hands of La Roche that resulted in broken bones, bruises, lacerations and burn marks.

La Roche’s family was aware of at least some of the abuse but apparently did nothing. La Roche’s former husband described La Roche as a “force to be reckoned with.”

The last version had La Roche driving to Wisconsin with the teen and abandoning her after she had overdosed on some pills.  But La Roche claims Johnson was fine when she drove off.

The investigation revealed that the victim  had been dragged into the cornfield where a passerby discovered her body.

Schmaling said La Roche is in the process of being returned to Wisconsin.