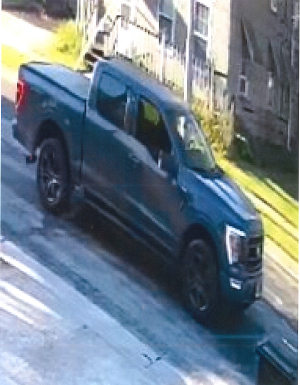 (WGTD)---The Racine County Sheriff's Dept. has released a photo to go with a description of the truck whose driver apparently tried to entice a 15-year-old boy on his way to Union Grove High School Tuesday morning.

The truck is a newer model Ford F150 XLT with graphite wheels and a tonneau cover.

The driver was described as a white man in his 50s with grayish brown hair, and short gray facial hair.

The student said the man offered him a ride. After the boy declined, the driver circled back two additional times.

Anyone with information about the matter is asked to call the sheriff's dept.