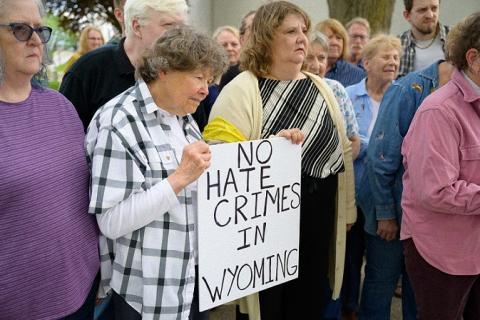 (WGTD)---Coming off the pandemic that kept the stage dark, the Racine Theatre Guild is getting ready to premier a multi-media presentation that focuses on the story of Matthew Shepard. His homophobic hate crime murder in Laramie, Wyoming in 1998 made national headlines.

A stage play about the case, called “The Laramie Project,” was an outgrowth of over 200 interviews that the playwrights conducted in the year that followed the murder.

The Racine Theatre Guild’s version of “The Laramie Project” is described in a news release as “not quite a play, yet not a film, either. “

Nearly 100 community members were involved in the production, with some cast members playing roles that mirrored their real-life work.

There is a fee...$18 for individuals or $25 for household viewing. Tickets will include a link to the stream and a special code. They’re available at the Racine Theatre Guild's website beginning Wednesday, July 21st.