RUSD Resurgence?: After Years of Losses, Enrollment Gains on Horizon 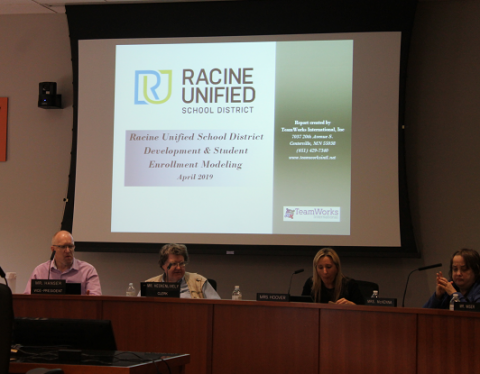 Although estimates vary greatly, enrollment within five years could bounce back up to 20,000, a 1,500 student increase. “The modelling shows that that’s a potential if about five different variables all went one way,” according to Dennis Cheesebrow, a consultant who’s been hired to study trends in the district. “The question is…how do you go through this the next five years making wise decisions without putting yourself in a box,” Cheesebrow said at a recent school board work session.

In addressing the matter, the district is expected to take a much more comprehensive and strategic approach than ever before, taking into account such things as programming and “market share”—a phrase that’s crept into district jargon as private school expansions, voucher availability and open enrollment options have chipped away at the number of children who don’t go to a RUSD school but live in the district.

Since the 2009-2010 school year, RUSD enrollment has declined nearly 7%. But future enrollment gains are anticipated in part because over 6,000 apartments and condos are being planned within the district, Cheesebrow said.

Superintendent Eric Gallien said that his staff is in the process of coming up with a proposal that it’ll present to the board this fall. “There’s a lot of work that needs to go into this,” he said.

The idea is not only to address the area’s projected population growth but also to increase market share by creating desirable scenarios through programming and facilities that’ll convince parents that RUSD is the answer.

Along the way, the district hopes to address overcrowding and the potential for it. For example, the newly expanded and renovated Gifford elementary and middle schools on the district’s west side are nearing capacity.

Further complicating things is that the percentage of students that are enrolled in RUSD from neighborhood to neighborhood differs greatly.