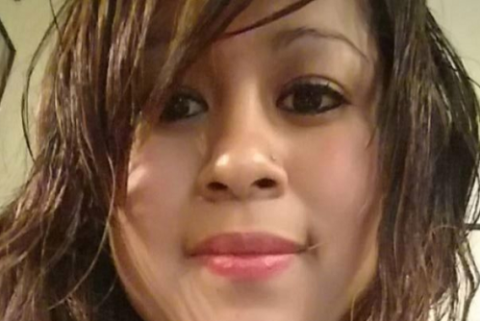 (WGTD)---A self-admitted drug user has been identified as the driver of a pickup who struck two people in a crosswalk, killing one and injuring the other.

According to the criminal complaint, 27-year-old Marisol Mendoza-Lopez and Mario Mejia were crossing 24th Ave. at 52nd St. in the crosswalk when a red pickup slows for the stop sign, but does not come to a complete halt and actually accelerates a bit as it strikes the pair and drives through the intersection, pausing briefly on the other side before pulling away.  Mendoza-Lopez had her back to the pickup as it approached.

Less than a minute later, another camera at a different location catches the driver getting out of the truck. The image matches that of Mehaffey.

Upon questioning, Mehaffey denied that she'd been driving the truck, saying she had lent it to a friend.

According to a Go Fund Me page, Mendoza-Lopez is the mother of a 12-year-old and was pregnant. She'd been walking home from the store at the time of the crash.