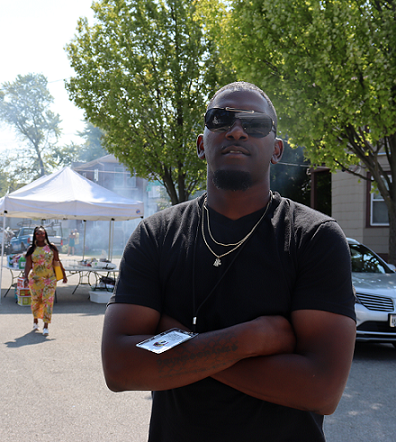 The group is dedicated to nipping disagreements in the bud before they get out of hand.

KCOR—patterned after similar organizations in other towns—was formed this year in response to the Jacob Blake shooting.

In one case, a man who’d been creating a scene in the street stemming from a domestic disagreement was on track to be hauled off to jail—until Dennis himself by chance stumbled across the disturbance and went to work. He calmed the man down while a police officer spoke to his girlfriend. Other KCOR personnel arrived on the scene after the police left to continue working with the couple. "A lot of people aren't going to talk to the police  when they see them," Dennis said. "They would rather talk to somebody that looks like them. It's easier for us to calm the situation down if we pull up right along with the police or before the police," he said.

KCOR is trying to spread the word about its services. They held a block party in the Columbus Park neighborhood over the weekend, the first of what they hope will be many in a bid to introduce themselves to the community and spread their contact information. KCOR's phone number is 806-203-5267