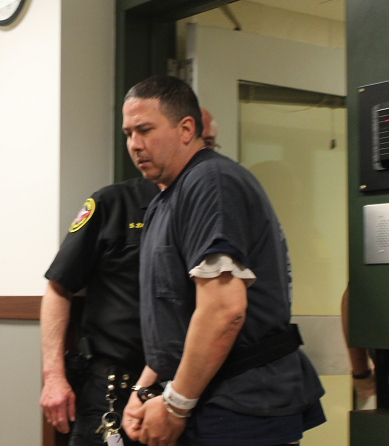 (WGTD)---The man who plowed into the back of a jeep with his pickup Apr. 5th, killing three people, had an alcohol-blood content of nearly four times the legal limit, according to a news release issued Friday by the Kenosha County Sheriff's Dept.

Timothy Vandervere's BAC was 0.316, according to the release. The legal limit is .08.

According to an online information resource on substance abuse, a person with a blood-alcohol reading of between .25 and .30 displays "general inertia, near total loss of motor functions, little response to stimuli, inability to stand or walk, vomiting and incontinence." It goes on to say that drinkers at that stage "may lose consciousness or fall into a stupor."

The 40 year-old Beach Park, Illinois man is already facing eight felonies, one misdemeanor and a drunk driving citation. Additional charges are likely to be filed as a result of the lab test.

Shortly after the crash, Vandervere's brother said the defendant had been at his home in Kenosha County "driving four-wheelers and shooting guns" and had been drinking "out of a bottle" and drinking Budweiser.

Vandervere, who's being held on a $2 million bond, is due back in court Apr. 18th for a preliminary hearing.