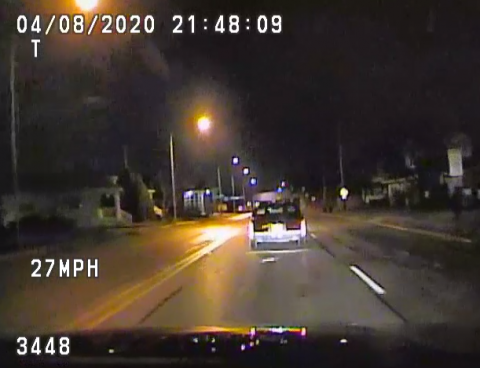 (WGTD)----The Kenosha Police Department has been cleared of any wrongdoing in a high-speed chase that resulted in the death of the driver.

31-year-old Damian Quinonez had refused to pull over for an officer who recognized Quinonez' Cadillac as a possible suspect vehicle in a 'shots fired' case one night last spring.

Squad car video of the pursuit shows the Cadillac gradually speeding up and pulling away as it heads north on Sheridan Rd. from 75th St. The vehicle, now traveling at about 70 mph,  disappears from view near the courthouse. Seconds later, the pursuing squads come across a crash at 52nd St.

According to reports from the state Division of Criminal Investigation, Quinonez rear-ended a pickup that had been stopped at the intersection for a red light. Another driver at the intersection--seeing a vehicle in his rear-view mirror approaching at a high rate of speed--scampers out of the way by turning right on 52nd.

Quinonez was pronounced dead at the scene. A 39-year-old passenger survived the crash. The man, who described himself as a childhood friend of Quinonez, said he had begged Quinonez to stop.

A rifle was recovered from the front seat of Quinonez' vehicle.

Two occupants of the pick-up that was struck escaped serious injury.

Video of the pursuit is below