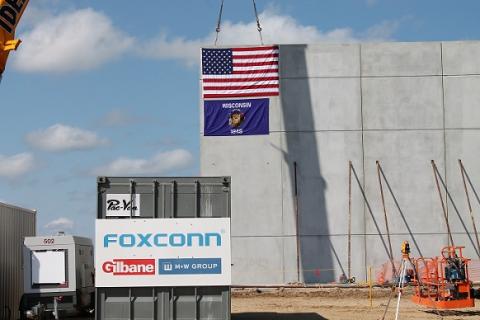 (WGTD)---It appears as if Foxconn won’t be taking full advantage of the early construction season at its Mt. Pleasant complex.

After completing construction of its first building, Foxconn, as of a week ago, hadn’t yet applied for a building permit for a second structure. Village planners said last fall that they were expecting a submission at that time.

There could be a variety of reasons for any delay. Gov. Evers has directed the D-N-R to review the state’s air permit for Foxconn. Company officials were quoted as saying a few weeks ago that the scope of the Mt. Pleasant project was under review because of changing market conditions. And there’s been speculation that the U.S./China trade war has had a negative impact.

A spokesperson for the communications company that’s handling Foxconn matters for the county and Mt. Pleasant said last week that the Village has not yet seen site plans for a second building, and that staff review of such plans typically takes between one and two months.

The first building, described as a multi-use structure, opened in recent weeks.

The lack of a building permit for a second building would not impact on-going overall site preparation activities.