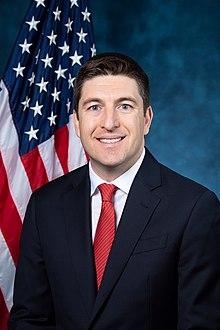 In a statement Monday, the attorney for the whistleblower said they would answer questions directly from house Republicans via written response. The questions, according to the attorney, would not have to be vetted by house Democrats. In response, Congressman Steil told WGTD news, “I want to see some sunshine in this process… that’s a step in the right direction. Ultimately, transparency wins the day.”

In August, the unknown whistleblower filed a complaint with federal officials regarding alleged July 2019 conversations that they were made aware of. In those calls, the whistleblower claimed he had information that President Donald Trump demanded that the President of Ukraine Volodymyr Zalensky investigate Joe Biden and his son Hunter in exchange for the release of monetary aid. The aid was already promised and budgeted by Congress. Many believe the whistleblower complaint led house Democrats to launch an impeachment inquiry in September. In a stunning update Tuesday, the Trump appointed ambassador to the European Union, Gordon Sondland, admitted that a quid-pro-quo aranagment was in place between the Ukraine and the United States. This revelation was released after WGTD News' conversation with Congressman Steil.

The House formally approved the House rules which will govern the impeachment inquiry last week. Steil says the rules are “partisan” and do not allow for Republicans to fairly call their own witnesses. In the proceedings, Democrats will have the ability to veto Republican witnesses due to their majority in the house.

Steil is also calling for all of the transcripts of the interviews conducted thus far in the impeachment inquiry to be released. Although most of the hearings have been behind closed doors, more than 40 house Republicans still have access to the hearings.

Steil wrote a letter to Speaker of the House Nancy Pelosi calling for more “transparency” on Monday.