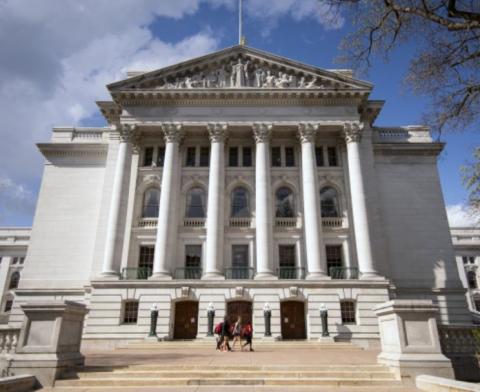 The projections, if they hold, would leave Wisconsin's general fund with a balance of $2.6 billion at the end of the current budget cycle June 30, up from the $1.9 billion predicted just five months ago. Based on where things stand right now, the projections would leave the next two-year budget with an ending balance of nearly $5.9 billion, a sum practically unheard of in Wisconsin state government.

While any budget projections are by their very nature subject to error, the numbers released Tuesday were also based on taxes already collected by state government this year.

"The increase in general fund tax collections in 2021, particularly in the months of April and May, is unprecedented," wrote Legislative Fiscal Bureau Director Bob Lang.

The projections were so good they prompted Gov. Tony Evers to return $250 million in temporary cuts made to state agencies in the earlier stages of the COVID-19 pandemic when the state's budget picture looked bleak. That included returning more than $50 million to the University of Wisconsin System and the Wisconsin Technical College System.

The news of record state tax revenue comes at a time when Wisconsin is also receiving billions in federal funding as part of three federal coronavirus relief packages.

Despite the windfall of money from multiple sources, Evers and GOP lawmakers have been at odds over how to spend it, with Republicans rejecting scores of Evers priorities and dramatically reducing his budget for K-12 education.