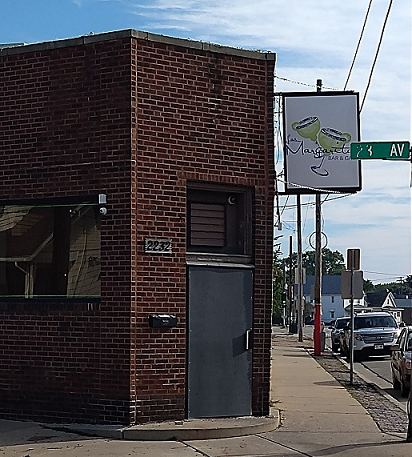 (WGTD)---Two people were killed and two others injured in an overnight shooting at a Kenosha tavern, according to police. And then just before dawn Sunday morning, a shooting at a mobile home park several miles away left a victim with multiple gunshot wounds.

The first shooting occurred just before 2 a.m. Police on patrol heard gunshots, and 911 callers directed officers to Las Margaritas at Roosevelt Rd. and 23rd Ave. Officers found a chaotic scene, and quickly called in reinforcements from other agencies for crowd control and to preserve evidence.

Police said one person was pronounced dead at the scene while another died at a hospital. The condition reports of the two that were injured weren't immediately released.

Police said later Sunday morning that no suspects were in custody. At one point, police were looking for a grey SUV.

Just last month, Las Margaritas was the scene of another shooting in which three people were shot and wounded. 31-year-old Damon Blakey of Zion was charged in connection with that case. According to the criminal complaint, the shootings were the result of a verbal argument that began inside the bar and spilled outside.

A few days later, the owner of the bar appeared before the city's License and Permit Committee to answer questions about the bar's operations. The discussion had been scheduled prior to the August shooting because of several citations that had been previously issued.

The committee voted 3-1 to renew the bar's cabaret license after hearing from police that the establishment has been cooperating with the department's tavern squad. The full council subsequently voted 10-6 to concur with the recommendation.

Sunday's second shooting occurred at the Oakwood mobile home park located off of Sheridan Rd. and 90th St. According to scanner traffic, a woman was taken to the hospital with gunshot wounds. She was conscious and breathing at the time.

No arrests have been made in that case.