Another Night, Another Semi-Truck Fire on I-94 in Racine County 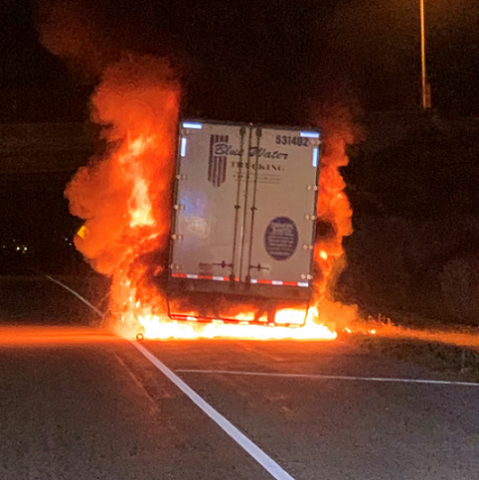 (WGTD)---For the second night in a row, a semi-trailer on I-94 in Racine County burst into flames and was heavily damaged.
The latest incident occurred early Friday morning in the south bound lanes near County G.
According to a news release from the Racine County Sheriff’s Dept., a deputy spotted flames coming from the rear axles of a semi. The officer pulled over the unaware driver. The rest of the semi quickly became engulfed in flames.
The south bound lanes were closed for four hours while crews worked to extinguish the fire and remove the wreckage. The truck had been carrying aluminum castings for auto manufacturing.
The night before a truck driver pulled over on an off-ramp after his semi caught fire. That truck was hauling tubs of caramel for an ice cream maker.
In both cases, mechanical problems associated with the rear axles were to blame. Neither driver was injured.
-0-