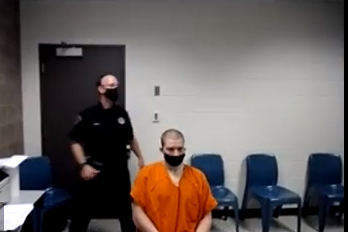 (WGTD)---A Racine County Jail inmate allegedly was getting drunk on alcohol he purportedly distilled in jail.

According to the criminal complaint, brewing contraband was found in a storage area behind coolers in the jail's kitchen.

Paulson was tripped up in part because he got into a fight with another inmate on Thanksgiving eve. Jailers thought Paulson "smelled like alcohol" then discovered that he had on his person a "brown liquid." Turned out that Paulson, according to the complaint, blew a .193. That's a blood-alcohol level over two times the legal driving limit.

While Paulson wouldn't talk, the other inmate did. And he accused Paulson of using the discovered contraband to brew concoctions on more than one occasion.

Paulson apparently shared. A third inmate also had alcohol in his bloodstream.

In court Tuesday, bond for Paulson was set at $100 and he was returned to jail.