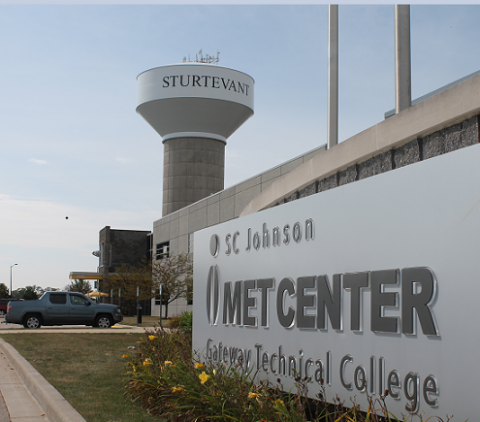 Gateway Technical College President Bryan Albrecht says Gateway and Foxconn are fully in sync when it comes to developing training programs designed to put local residents to work at the Taiwanese company and at other manufacturers in the area.

Speaking with WGTD recently, President Albrecht said representatives of Foxconn and Gateway meet regularly on several different levels. "We've been working with Foxconn well over a year now," Albrecht said. "They continue to serve on our advisory committees and give us great advice for new programming opportunities," he said.

New Gateway programs recently launched in advance of Foxconn include advanced manufacturing and supply chain management. In addition, Gateway is part of a consortium of higher-education institutions in southeast Wisconsin that was formed in the wake of Foxconn's decision to come here.

Over 40 Gateway students have served paid internships in Foxconn's temporary facility near I-94 and Highway 20. Many of the students have been hired full-time. The plant has been producing televisions.

Albrecht said he expects Foxconn to increase its hiring pace toward the end of the year and early next year.

Walls for the first building on Foxconn's Mt. Pleasant campus started going up last month. Construction on a second building is expected to begin during the second quarter of next year.

Of the 13,000 employees Foxconn says it expects to hire in the coming years include 4,000 directly related to manufacturing, according to Albrecht.

Over 40 Gateway students have already served paid internships at Foxconn’s temporary plant in leased space near I-94 and Highway 20. They’ve been building television sets. Albrecht says he expects Foxconn to slowly expand its hiring pace later this year and next year. The first building in Foxconn’s Mt. Pleasant campus is expected to be ready for occupancy next year.