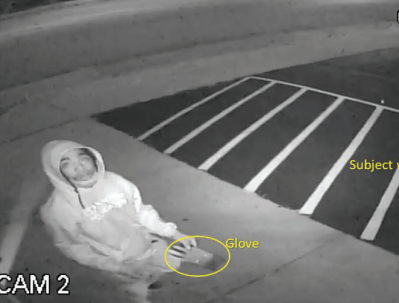 (WGTD)---Charges have been filed in federal court in Milwaukee against four men in connection with arsons and looting that occurred at four businesses in the riots that followed the shooting of Jacob Blake last summer.

Three of the four men traveled from the Minneapolis area to Kenosha in a caravan of three vehicles, according to a complaint. They're identified as Allen King and David Garner, both 25, and 22-year-old Kevin Martinez. The fourth man--charged with arson for the fire at B & L Office Furniture on 60th St.--is identified as Devon Vaughn. An age and hometown weren't immediately available. The store was destroyed by the fire but has since reopened at another location.

The other businesses that were referenced in the complaint were Charlie's 10th Hole bar on 22nd Ave. near Washington Road, the CVS Pharmacy located across the street and the Citgo at 2710 Roosevelt Rd.

Investigators used surveillance video, boastful social media posts and statements from an unindicted man who admitted that he was with the group that traveled to Kenosha from Minnesota. The man was caught inside the CVS and was charged the next day in Kenosha Circuit Court with burglary.

In a news release, authorities said the looting and arson investigations are continuing. The federal charges are in addition to dozens of charges that have been filed in recent months in circuit court.

The criminal complaint details the damage that was done to the bar, pharmacy and gas station.

Two separate fires were set at the bar. Thousands of dollars in drugs were stolen from the pharmacy by a mob numbering around 14. The gas station was also looted.