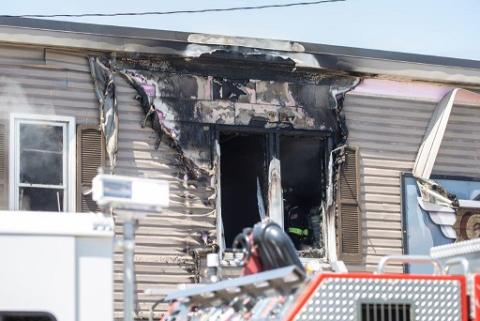 The blaze at The Garage at 60th St. and 30th Ave. began in a second floor apartment. Flames were shooting from a window when first responders arrived.

An apartment resident--and a co-owner who'd been in the bar itself--both escaped injury.

The cause is under investigation.

The fire department said the apartment was extensively damaged, and the bar itself sustained water damage.

The bar will be closed for the foreseeable future, according to a Facebook post from the bar.

The Garage is owned by the same company that owns several downtown establishments, including Sassy's and Apis Hotel.