FULL AUDIO: ‘I gave up everything to be a comedian’ Local Comedic Icon Dobie Maxwell Shares All on WGTD’s Generation NOW 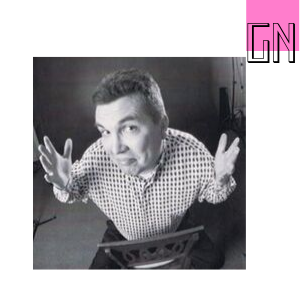 (WGTD)--- From a terrifying childhood where his Mother left his family high and dry to having his best friend attempt to frame him for a bank robbery, Dobie Maxwell has every right to be angry. Instead, “Mr. Lucky” (as he jokingly refers to himself), turns his pain into laughs. Maxwell is the latest guest on WGTD’s Generation NOW, WGTD's show hosted by millennial Troy McDonald for Millennials and Gen Z (young adults ages 20-37) where Maxwell talked about his life and career.

Dobie Maxwell’s near four-decade career in comedy began in an era with no cell phones and no internet. “The one thing about this generation is that they think that everything happens instantly.” Maxwell said. There is nothing instant about Dobie’s career. Dobie has been a successful road comedian and radio show host working across the country appearing on the CBS show “The Late Late Show with Craig Ferguson.” “I am on YouTube and Facebook though.” Maxwell added. His YouTube clips have tens of thousands of views. A Facebook group he manages has 4,000 members.

His journey hasn’t been without tremendous sacrifice. “I gave up a wife, family, children, everything to be a comedian.” Maxwell said. However, Maxwell says that mentoring young comedians is worth it. “I love doing that.”

Maxwell is headlining the “Comedy Tonight” special tomorrow at 8:00pm at the Racine Theater Guild. For tickets call 262-633-4218 or visit www.RacineTheater.org

Listen to the full episode of “Generation NOW” below or Ask “Alexa, listen to WGTD FM on TuneIN” at 10:00am on your Amazon Alexa enabled home speaker. You can also listen on the legacy feed 91.1 FM.